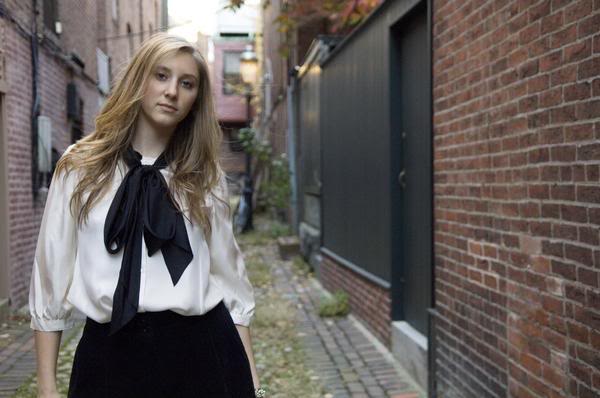 French-American multi-instrumentalist and stunning vocalist Sydney Wayser has emerged with her sophomore album The Colorful, a more lighthearted follow-up to 2007's The Silent Parade. It presents a collection of songs decorated with the playfulness of toy instruments while maintaining 22-year-old Wayser's sense of intimate and serene elegance. Praised by NPR for her "natural gift for melody and musicianship," The Colorful demonstrates a developed maturity that showcases this gift clearly and delicately. Now based in New York, Wayser grew up in LA, spending her summers in Paris. She quickly gleaned much of French culture from her songwriter father, leading her to musical influences that include Edith Piaf, Charlotte Gainsbourg, and Jacques Brel, among many others. This European sensibility is evident on both The Silent Parade and The Colorful, each filled with tunes that could easily provide a soundtrack to a Godard film or a playful scene from Jeunet's Amélie. The Colorful, as a whole, feels like a sonic representation of this transition through the earth up towards the light. With an unwavering sense of charm and wit, melody and phrasing, Wayser's latest offering is an irresistible invitation to follow her into the light; an invitation not to be denied.